Can Someone You Live With Give Your Computer to the Police? 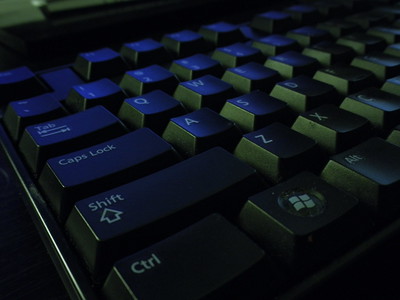 A Computer Owner May Give His Consent to a Third Party

The Fourth Amendment to the United States Constitution guarantees “[t]he right of the people to be secure in their persons, houses, papers, and effects, against unreasonable searches and seizures.” U.S. CONST. amend. IV. Physical entry into the home is the “chief evil against which the wording of the Fourth Amendment is directed.” United States v. U.S. Dist. Court, 407 U.S. 297, 313 (1972). Thus, warrantless searches and seizures within an individual’s home are “presumptively unreasonable,” even when law enforcement has probable cause to search. Payton v. New York, 445 U.S. 573, 586 (1980). Even more protection is extended to closed items within a home, such as, one may argue, a computer.

One exception to the general rule against searching a home and items within the home is consent. Consent may come from the person whose property is to be searched, from a third party who has common authority over the property, or from a third party who has apparent authority to consent to a search of the property. See State v. Harding, 282 P.3d 31,34 (Utah 2011) citing Georgia v. Randolph, 547 U.S. 103, 109 (2006).

Whether a third party has actual common authority over property is determined by the test articulated in United States v. Matlock, 415 U.S. 164 (1974). The test is whether the third party has mutual use and control of the property such that the other party has “assumed the risk that [the third party] might permit the [property] to be searched.” See Id.

For example, if a computer is in a common area of the home and is accessible by all who live there, anyone who uses that computer may be deemed to have actual common authority even without an ownership interest.

Whether a third party has “apparent authority” to consent to a search of another’s property is governed by the standard articulated by the United States Supreme Court in Illinois v. Rodriguez, 497 U.S. 177 (1990). See Harding, 282 P.2d at 34. Under that standard, a warrantless search is valid where the police reasonably, but mistakenly, believe that a third party consenting to a search has the authority to do so. The test is an objective one: a police officer’s belief is reasonable when “the facts available to the officer at the moment … warrant a man of reasonable caution in the belief that the consenting party had authority over the” items to be searched. This standard leaves room for reasonable mistakes on the part of police officers. The requirement “is not that [officers] always be correct, but that they always be reasonable.” The Rodriguez apparent authority rule applies only to mistakes of fact; Rodriguez cannot “validate … a search premised upon an erroneous view of the law.” Id. citing to United States v. Brown, 961 F.2d 1039, 1041 (2d Cir.1992). Reasonableness “is measured … by examining the totality of the circumstances,” (Id. citing to Ohio v. Robinette, 519 U.S. 33, 39 (1996), and the burden is on the State to prove the reasonableness of the officer’s actions. Id. citing to Rodriguez, 497 U.S. at 181.

This rule of apparent authority, however, is limited by the law that has developed around closed items found in homes.

“A homeowner’s consent to a search of the home may not be effective consent to a search of a closed object inside the home.” United States v. Karo, 468 U.S. 705, 725 (1984). Thus, if a computer is password protected by one resident of a home and in that resident’s bedroom, another resident who does not have that password and does not share that bedroom may not have the right to retrieve the computer from the bedroom and deliver it to law enforcement because the computer itself may be akin to a closed container that has been “locked” by deliberate use of a password. See United States v. Block, 590 F.2d 535 (4th Cir.1978) (mother had no authority to consent to search of footlocker in son’s room); United States v. Robinson, 999 F.Supp. 155, 162-63 (D. Mass. 1998) (mother had authority to consent to search of adult son’s bedroom for items open to view but not a closed vinyl bag in the room or the pockets of a pair of pants in the room); see also Georgia v. Randolph, 547 U.S. 103, 135 (2006) (Roberts, C.J., dissenting) (“To the extent a person wants to ensure that his possessions will be subject to a consent search only due to his own consent, he is free to place these items in an area over which others do not share access and control, be it a private room or a locked suitcase under a bed.”).

If you’re dealing with a case in which your computer was seized without your consent, give us a call to determine whether your constitutional rights were violated when law enforcement seized your computer.

What Is A Protective Sweep?

A Protective Sweep is an Exception to the Warrant Rule. Generally speaking, law enforcement officers cannot enter your home to conduct a search without a

What is a Preliminary Hearing? One of the rights afforded an adult criminal defendant in the State of Utah is to have a preliminary hearing,

PrevPreviousRape Shield in Utah – what it is, prohibits, and permits
NextWho Can Be A Domestic Violence Victim in Utah?Next