Looks like the rumors are true. Kim Kardashian is filing for divorce this morning, that according to Ryan Seacrest who is the executive producer of Kim’s reality TV show “Keeping up With the Kardashians.” Seacrest posted on his twitter account this morning that he had confirmed in conversations with the star that she would filing the papers on Halloween morning. Kim and her husband Kris Humphries have been married for only 72 days. The divorce presents some interesting legal issues that we address as if Utah law were to apply below: 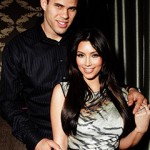 Who is at Fault?

Many people in the tabloids and media have been investigating the reasons for the divorce. Some people believe in order to file for divorce one of the parties must be at fault or their must be some justification for the divorce. This is not the case in Utah. Here in the beehive state, you can file for divorce based on “irreconcilable differences.” This means that neither party has to prove one or the other is at fault for anything. If you simply don’t get along anymore, you can get divorced. All of the leaks in the media regarding Kim and Kris’s break up seem to suggest the couple will be filing on grounds similar to irreconcilable differences.

If you or someone you know is going through a divorce and would like help from a Utah divorce lawyer, call us today at 801.413.1753. We have helped many individuals through the divorce process in Utah. Whether you have a short term marriage like the Kardashian’s, or a long term marriage with multiple issues to address, we can help.

5 Tips in Preparing for Divorce

A Parent’s Motion for Joinder

When to Hire a Utah Divorce Lawyer

Divorce and Working Towards Your Children’s Best Interests

Some Basics on Property Rights and Marriage in Utah

The Importance of Stability in a Divorce or Custody Dispute