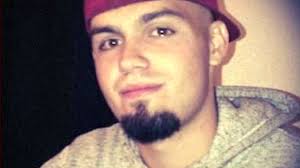 Below is the Dillon Taylor Shooting Video captured from the officer’s body cam responsible for shooting and killing Dillon Taylor in Salt Lake City Utah. Dillon Taylor was unarmed but the officer described facts concerning why he believed he was justified in using his weapon. District Attorney Sim Gill’s office reviewed the case and have determined the shooting was justified. You can make your own assessment based on the video below:

• The 911 caller did not actually see a gun, just thought someone in the group may have bee waving one. The group does not commit any crime that the 911 caller can see. “ acting suspiciously” is the perspective of the caller
• Officer Cruz is the first to respond. He makes an immediate assumption about the group, firstly that he has the right people described by the caller, and second, that they are up to no good.
• The group, gets “ rowdy” with someone in car, which turns out to be a group of friends known to the three in the street, again, the officer makes an assumption of ill intent.
• The group goes into a convenience store. No crime is committed there
• The group comes out of the store to be confronted by some very aggressive officers, who again, have assumed they have ill intent – and confronts them with guns drawn, and starts screaming at them. This by itself, is a violation of a their rights, as they have not committed a crime, not seen to have committed a crime, not suspected of having committed a crime. The ONLY thing the officers have to go on, is some hysterical callers 9-11 call about “ suspicious” activity, which in actual fact, was the behaviour of kids who had been drinking. Again, they have not committed a crime. They are not behind the wheel of a car, drunk, they have hurt no one
• Dillon walks away. Again, not a crime. He has done nothing to get himself arrested, although he does not a possible arrest warrant may soon come out. He may have been thinking that was what this was all about, and has a death wish.
• The bottom line here is the way the police handled the situation. They responded with undue and unjustified aggression. Had the simply waited outside the store, with their hands on their weapons, and confronted the three with a more “ tell us what is going on” approach, Dillon would still be alive. They overreacted, created a “SWAT” situation without due cause, and then when Dillon makes “suspicious” moves, he winds up shot, with an officer who now is instantly remorseful, and asks the already dead kid to ‘ stay with him”.
• These cops training, as indicated by the Dillon family , is that they are NOT taught tomprotect and serve, but to control and manage. This is the dictates of a POLICE STATE and people NEED TO WAKE UP!!!